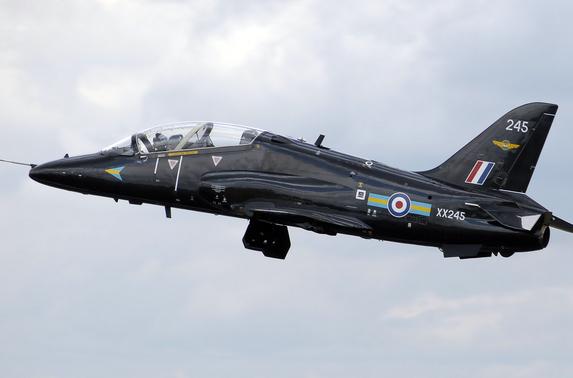 From Gabriela Baczynska, Reuters:  Europe’s biggest defence contractor BAE Systems (BAES.L) has pulled out of the race for a 1.45 billion zloty ($530.5 million) contract to supply Poland with 16 training-combat aircraft, the company said on Tuesday.

The deadline for final offers is July 29.

"We have offered a trainer with combat capabilities, while Poland’s defence ministry in the end went for combat first, and training second," he added. . . .

Britain’s BAE Systems was competing against companies from Italy, Finland, the Czech Republic and South Korea in the initial stage of the tender.  (photo: Adrian Pingstone)