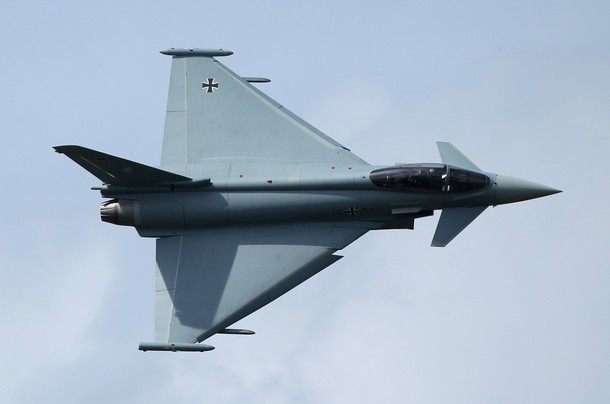 From Eric Talmadge, the AP:  In a deal that could be worth billions of dollars and determine one of the primary fighter jets in Asia for decades to come, European aircraft makers are trying to convince Japan to do something it has never done before – snub America.

U.S. planes have long been Tokyo’s overwhelming favorite, but Japan appears to be wobbling under a strong sales pitch for the Eurofighter Typhoon, coupled with problems and restrictions that have made the American alternatives less attractive.

The stakes are high.

The contract is expected to be worth upward of $10 billion, and the chosen plane will be the showcase aircraft for Washington’s chief ally in the region at a time when both China and Russia are modernizing their air forces. Going European, some analysts say, also could complicate future U.S.-Japan air defense cooperation.

Lobbying has intensified as Japan nears a long-delayed decision on what will be its next generation of fighters, or "F-X" fighters, after it retires much of its current fleet. The deal is expected to involve 40 or 50 new planes.

Because of Japan’s close military ties with Washington, options such as the Lockheed F-35 and Boeing F/A-18 have long been the top contenders, and analysts say the U.S. advantage remains strong.

But the four-country consortium that builds the Eurofighter is benefiting from a tail wind created by the U.S. decision not to sell Japan what it really wanted – the stealthy F-22 "Raptor" – and by production delays and cost overruns that have shadowed the F-35.

"Eurofighter Typhoon is the most capable aircraft available to Japan. It is the world’s leading multi-role platform with outstanding air-to-air capability," Jon Bonnick, a spokesman for the British BAE Systems division spearheading the Eurofighter deal, told The Associated Press in an e-mail.

The plane is built by a consortium of European military manufacturers led by BAE Systems PLC, the German-French EADS NV and Italy’s Finmeccanica SpA. …

A big part of the Eurofighter sales pitch is that it will not tightly restrict the transfer of technology, which means some of it could eventually be built in Japan – a significant plus for Japanese planners concerned with domestic industry. The U.S. options may not be as generous.  (photo: Getty)