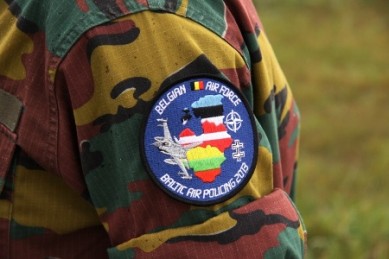 From ERR:  Today [9/3/13], the French air force will hand over its duties in patrolling the Baltic airspace to Belgian fighters. . . .

The French have been in charge of NATO’s Baltic air-policing mission since May. So far 14 countries’ fighters have participated in the mission on a rotational basis.

From Lithuania Tribune:  Fighter-jets of the Belgian Air Force has replaced French air personnel and Mirage F1-CR aircraft on duty since 30 April, 2013, and for the third time take charge of security in the Baltic skies.

Belgian military will be protecting the Baltic skies for a third time (the country delegated its air personnel and assets to carry out air policing over the Baltic States in 2004 and 2006-2007).