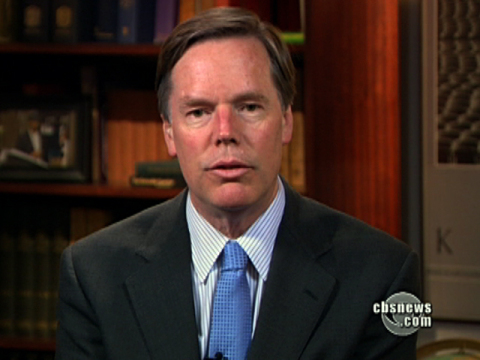 From Nicholas Burns, Deutsche Welle:  There’s no question that the European members of NATO would have been more effective as a military unit if German forces had contributed to the mission. The fact is it’s an unusual NATO mission: It’s the first NATO mission in the history of the alliance which is 62 years old where the United States’ military has not lead the mission. You saw that in the first two weeks of the coalition operations before NATO took full control the US provided the great majority of the aircraft, the airstrikes and certainly the missile strikes on Gadhafi’s forces.

Once the US withdrew from the lead and turned it over to the European members there began to arise questions whether or not NATO members were capable of sustaining the attacks on Gadhafi that the US had done. And you have seen of course complaints from some of the rebel commanders – that are perhaps very unfair complaints by the way – about the efficiency of the NATO operation.

It’s a time of testing for the European NATO members many of whom have had rapidly declining defense budgets over the last decade and if this conflict should go on for months or perhaps for even more than a year one of the key questions will be whether the European members of the alliance have sufficient finances in their budget to support the maintenance of the no-fly zone as well as these combat operations. …

You have begun to see over the last two or three years that Britain, France and the United States have a very close strategic relationship and tend to see global threats in a similar way. And they are the three most capable allies militarily, have been in the past and are today. As long as these three countries stand and cooperate together I think NATO will remain strong. …

I do think that Germany finds itself in this situation quite isolated from within the alliance. Its refusal to support its allies has engendered a lot of criticism, even bitterness, on the part of those allies. And it maybe that the German government is trying to mollify its critics in the alliance by saying if we can’t participate in a military fashion perhaps we can participate more intensively on the economic and humanitarian side. I would think that this is probably the motivation for this offer. It’s understandable and if Germany cannot support the operation militarily at least it should take a leading role on the humanitarian side.