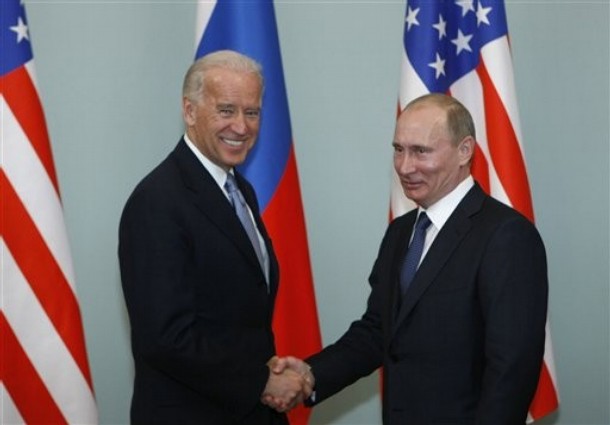 From Joe Biden, the White House:  European security — using America’s improved relationship with Russia as a model, we also reset relations between Russia and NATO during last year’s Lisbon Summit, and a great deal of credit goes to President Medvedev.   And we identified missile defense as a common project.  I’ve talked extensively with your leaders on this issue.  It will be difficult, but it will be a game-changer if we can get it done.  It will say to the world, the two largest superpowers in the world are mutually developing the ability to have missile defenses, which I would argue would have an extremely important impact on dissuading so many of the countries who are contemplating becoming nuclear powers from doing so.

This year, we’ll seek agreement on an ambitious work plan for cooperation on this once contentious issue.  And we’ll also pursue an agreement on negotiations to modernize and strengthen the Conventional Forces in Europe Treaty.  I’ve been around a long time — the CFE Treaty has been something we’ve been working on since the late ‘70s.  We have an opportunity to make more progress.