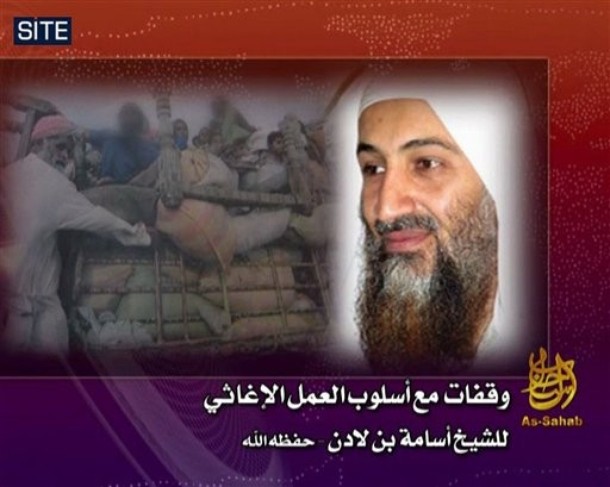 From the AP:  Al-Qaida leader Osama bin Laden called on France to withdraw its troops from Afghanistan in exchange for releasing French hostages being held by affiliates of the extremist group, according to a new audio message broadcast on an Arabic news channel Friday.

"The exit of your hostages out of the hands of our brothers depends on the exit of your troops from Afghanistan," bin Laden said in the message broadcast by al-Jazeera. …

Extremist groups associated with al-Qaida are holding at least seven French hostages, including five in the Sahara Desert and two in Afghanistan.  (photo: AP/SITE Intelligence Group)