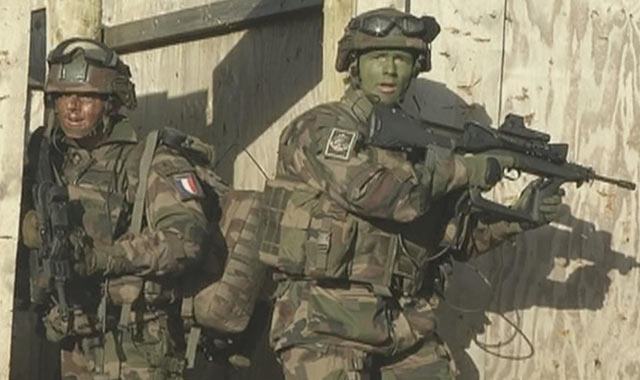 From defensemanagement.com:  The UK and France are to deepen defence cooperation efforts, speeding up work on a new joint expeditionary force and Unmanned Aerial Vehicle (UAV) programmes, Prime Minister David Cameron has announced.

At a press conference with French President Nicolas Sarkozy, the Prime Minister said that Britain and France had not seen closer cooperation since the Second World War.

A declaration signed by both leaders set out more areas for joint development, building on plans set out in 2010’s Franco-British defence cooperation treaty.

The new declaration included plans for both countries to jointly employ BAE and Dassault to work on a new framework for UAV development. . . .

Plans to develop a Combined Joint Expeditionary Force (CJEF), set out in the 2010 treaty, were expanded, and the latest agreement sets out that the force will build up to full operating capability in 2016. A combined joint headquarters will also be established within the same timeframe. . . .

The declaration also included plans for a UK/France integrated carrier strike group, due to be ready in the early 2020s.  (photo: Sky News)