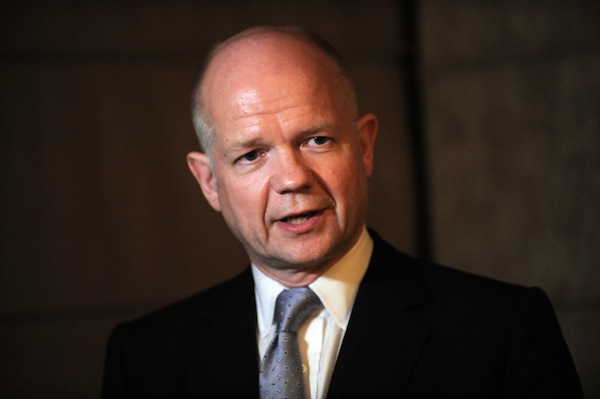 From James Blitz and Joshua Chaffin, Financial Times:  Britain announced on Wednesday that it would train Syrian rebels in the tactics they must use to hold territory seized from the Assad regime , as the country’s armed opposition made a fresh plea for EU governments to drop an arms embargo that has prevented weapons reaching the rebels.

In a statement to parliament, William Hague, UK foreign secretary, said that Britain, like the US, was not yet offering weapons to the rebel forces but that recent changes to the EU arms embargo meant London could now provide “technical assistance” to the rebels.

British officials emphasised on Wednesday that UK support for the rebels was at the start of a new phase. The country pledged to provide non-lethal equipment for rebel forces, including armoured four-wheel drive vehicles and personal protection equipment such as body armour. . . .

A British official said last Thursday that there appeared to be “a new attitude” on Syria in Washington and that the Obama administration was prepared to give assistance to the rebels behind the scenes.

“There is a general sense that the US now wants to do a lot more in what you would call the technical assistance space,” said the British official.  (photo: Spectator)