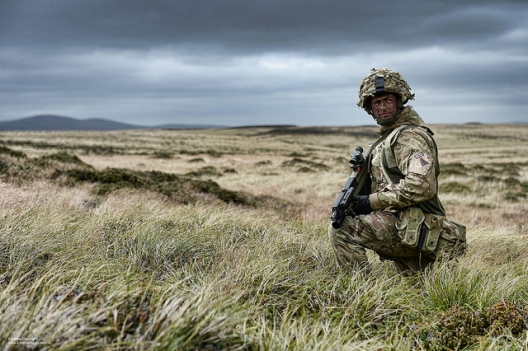 Our conclusion is that NATO is currently not well-prepared for a Russian threat against a NATO Member State. A Russian unconventional attack, using asymmetric tactics (the latest term for this is “ambiguous warfare”), designed to slip below NATO’s response threshold, would be particularly difficult to counter. And the challenges, which NATO faces in deterring, or mounting an adequate response to, such an attack poses a fundamental risk to NATO’s credibility.

This Report focuses narrowly on NATO, Article 4 and 5 obligations, Ukraine, and the Baltic States, rather than the more general debate about Russia and global security threats. We have chosen this focus because the NATO conference will be hosted by the UK in September; because this is of central concern to Eastern European NATO members; because the attack on Ukraine has raised the possibility — however currently unlikely — of an attack, conventional or unconventional, on a NATO Member State in the Baltics, potentially requiring an Article 5 response; and because such a response would be challenging and requires significant adaption from the UK and NATO.

The report begins with an analysis of Russia: its conventional forces, its new approach to asymmetric warfare, and its apparent intentions. It then considers NATO’s preparedness to respond, first to the less likely scenario of a conventional Russian attack, then to the scenario of an asymmetric attack. It concludes that NATO is poorly prepared for either scenario, and suggests urgent steps that would need to be taken to meet these challenges.

Our specific concerns about NATO’s deficiencies in its ability to respond to a conventional attack include:

Russia’s use of “next generation warfare” tactics also poses a range of questions for NATO, including:
• Whether Article 5 is sufficient to ensure that the collective defence guarantee will come into effect in the face of asymmetric attacks;
• Whether NATO has the right tools to address the full breadth of threats, including information warfare, psychological operations and, in concert with the EU, exertion of influence through energy and trade policy; and,
• Whether NATO has the ability to effectively counter the threat of cyber attack from Russia and to mount its own offensive cyber operations.

We are also concerned that even ts in Ukraine seem to have taken the UK Government by surprise, that the capacity for analysis and assessment of developments in Russia and for understanding and responding to the current Russian way of warfare appears to have been seriously degraded in recent years.

The NATO alliance has not considered Russia as an adversary or a potential territorial threat to its Member States for twenty years. It is now forced to do so as a result of Russia’s recent actions. Events in Ukraine this year, following on from the cyber attack on Estonia in 2007 and the invasion of Georgia by Russia in 2008, are a “wake – up call” for NATO. They have revealed alarming deficiencies in the state of NATO preparedness, which will be tough to fix. The UK Government should take the lead in ensuring that the NATO Summit addresses these threats in the most concrete and systematic fashion.

We recommend that the NATO Summit sets plans to ensure:
• dramatic improvements to the existing NATO rapid reaction force;
• the pre-positioning of equipment in the Baltic States;
• a continuous (if not technically ‘permanent’) presence of NATO troops, on training and exercise in the Baltic;
• the re-establishment of large-scale military exercises including representatives from all NATO Member States. These exercises must involve both military and political decision-makers;
• the establishment of headquarters structures, at divisional and corps level, to focus on Eastern Europe and the Baltic;
• consideration of the re-establishment of a NATO standing reserve force along the lines of the Allied Command Europe Mobile Force–Land, involving all Member States; and,
• re-examination of the criteria, doctrine and responses to calls under Article 4 for ‘collective security’ support against asymmetric attacks, especially, but not limited to, cyber attacks where attribution is difficult.

We recommend that the Ministry of Defence address, also as a matter of urgency, its capacity to understand the nature of the current security threat from Russia and its motivations. Ensuring that there are sufficient numbers of Defence Attachés to provide the analysis and expertise required is one measure which would help to address this issue. In particular we recommend the appointment of additional Defence Attachés to cover the Baltic States and in Central and Eastern Europe and reverse the cutbacks in Russia and Ukraine. We further recommend that the Government ensure that there is adequate representation in Poland which may be of critical importance in the future. We also recommend the creation of a “red team” in the Ministry of Defence to provide a challenge to existing orthodoxy from a specifically Russian perspective.

We recommend that, in opening the NATO Summit, the Prime Minister and the Secretary of State should make a commitment to the UK maintaining defence spending at or above 2% of GDP. Increasing levels of spending amongst European NATO Member States and the collective efficiency of such spending must be made a priority of the Summit as a demonstration of NATO’s political will and its commitment to collective defence.