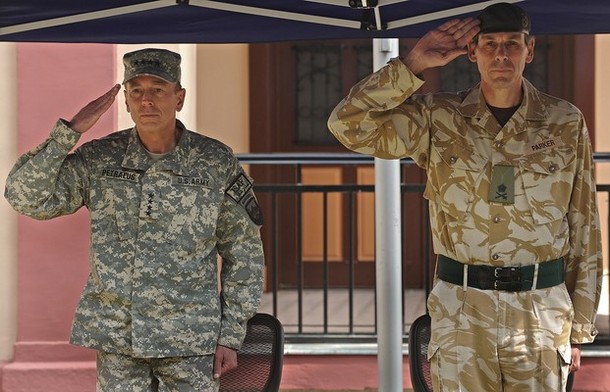 From Mohammed Abbas, Reuters:  A top NATO commander in Afghanistan said Monday there should be no rush to withdraw alliance forces in 2011 because once they are gone, it would be much harder to send them back if necessary.

"What we must not do is pull back and go blind, because it then becomes extremely difficult to re-intervene, if you need to," Parker told reporters in London through a satellite link from Afghanistan.

"What we’ve got to do is to thin back and then reinvest some of that dividend into other areas so there is a sense of continuing commitment. It’s not a sort of rush for the exit," he added.

Almost 150,000 foreign troops, mostly American, are fighting a now nine-year NATO-led war against Taliban insurgents. This year has been the deadliest for foreign forces, and pressure in participating countries has mounted for troops to be withdrawn.

"It is entirely reasonable for there to be some drawdown of some sort, although I suggest that all the indicators I’ve heard is that this is not as significant as some people choose to make it out to be," Parker said.

"I suspect … some domestic politics in certain countries where it’s being overstated," he later added.  (photo: Getty)