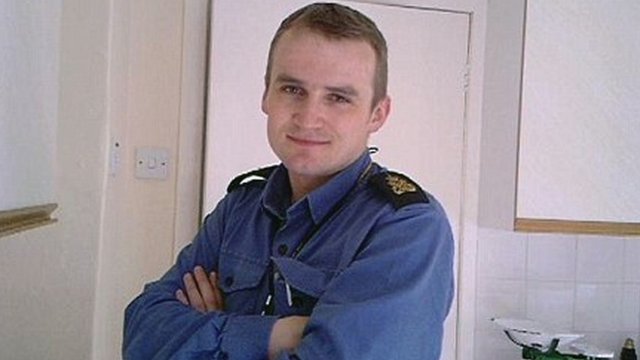 From Sandra Laville, Guardian:  A Royal Navy submariner was caught trying to sell secrets to Russia in a sting operation led by the security services, the Guardian understands.

Edward Devenney, 30, pleaded guilty on Tuesday to collecting secret coding programs used by the British and attempting to pass the classified information on to Moscow.

Devenney, who is formerly from Northern Ireland, was a submariner on HMS Vigilant, a Trident nuclear submarine, when he decided to pass on secrets to the "enemy", it is understood. The submarine – one of four that make up the UK’s nuclear deterrent – is normally based at Faslane in Scotland but had been refuelling at Devonport dock in Plymouth when Devenney’s activities raised the suspicions of his senior officers.

Devenney’s motivation, it is believed, was unhappiness with his situation and a degree of anger towards his employers after being passed over for promotion, rather than an issue of ideology or money.

A prolific tweeter, his behaviour raised the suspicions of his senior officers and over a period of months an undercover operation was carried out.

This led to Devenney contacting two people he believed were from the Russian secret service and discussing information relating to the movement of nuclear submarines with them. However, he was in fact talking to British agents.  (photo: BBC)