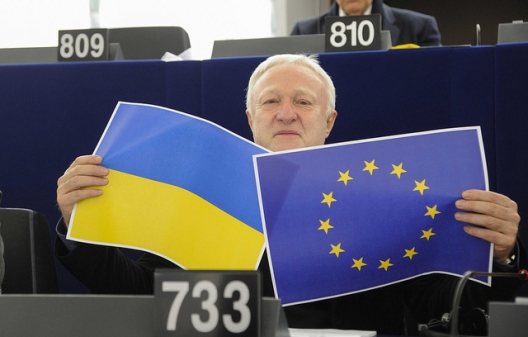 The west, however, can play a constructive role in containing the exploding violence. That will take concerted action by the US and the EU. The US could and should convey clearly to Mr Putin that it is prepared to use its influence to make certain that a truly independent and territorially undivided Ukraine pursues policies towards Russia similar to those so effectively practised by Finland: mutually respectful neighbours, wide-ranging economic relations both with Russia and the EU, but no participation in any military alliance viewed by Moscow as directed at itself – while also expanding its European connectivity. In brief, the Finnish model as the ideal example for Ukraine, and the EU, and Russia.

But to be credible to the Kremlin, the US needs also to spell out privately that attempts to destabilise the emerging democracy in Kiev and/or to detach parts of Ukraine – not to mention even overt or covert Russian participation in it’s neighbour’s domestic conflicts – would compel Washington to use its influence internationally to prompt steps that would be economically costly to Moscow.

Options to that effect can range from unilateral individual as well state-to-state financial sanctions, as well as a review of Russia’s status in the World Trade Organisation, the World Bank, and its role in the G8. Obviously, the EU would need to be a solid partner in such an effort, since it is a significant trader with Russia.

But even more urgent and important is the imperative need for the EU to formulate a significant financial emergency package for Ukraine. Otherwise, the country will plunge into a destructive financial chaos. The lead in Europe should be taken in that regard especially by Germany and the UK. The latter’s role as haven for Russian and Ukrainian financial oligarchs gives London special leverage. But every EU country should make some sacrifice in a an effort to avert a potentially catastrophic Ukrainian economic collapse.

The writer was national security adviser to US president Jimmy Carter and wrote ‘Strategic Vision: America and the Crisis of Global Power.’