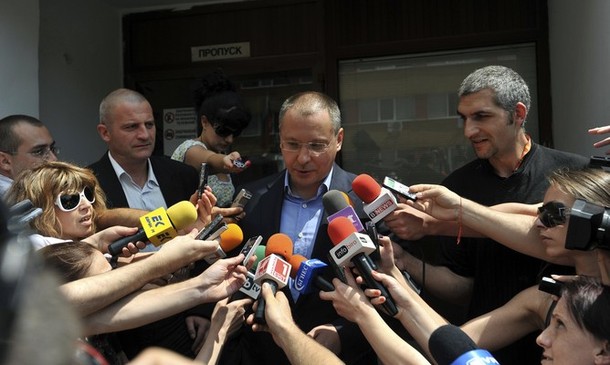 Stanishev, who headed the previous government from 2005-09, is now leader of the main opposition Socialist party and called the charges politically motivated.

Prime Minister Boiko Borisov has said the missing documents contained details about crime and corruption in the country, which is under pressure to show it can impose the rule of law after years of gaining a reputation for a culture of impunity.

"The Sofia City Prosecutors’ Office has raised charges against Sergei Stanishev because … he has lost seven documents," the prosecutors said in a statement.

"Three of the documents were prepared by the National Security Agency, two by the interior ministry, one by the defence ministry and one by NATO. …"

"There is no doubt that both the investigation office and the prosecutors’ office work under enormous pressure from the executive power. They are carrying out a political order by it," news agency FOCUS quoted him as saying.  (photo: Reuters)