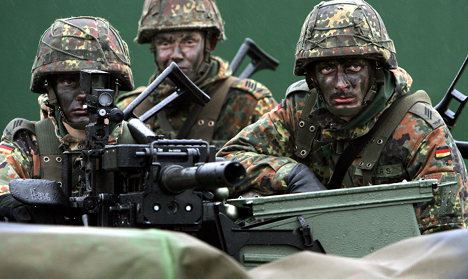 From the Local (Germany):  The three European Union military powers signed an agreement in Brussels to put together a unit of 1,700 soldiers that will take part in the rotation of the EU’s rapid reaction force, known as battlegroups. . . .

Poland will command the group, providing the core combat troops and a mechanised battalion, a high-ranking French military official said in Brussels.

Germany will provide logistical support, while France will contribute with medical support.

The operational command centre will be based in Mont Valerien, located in a Paris suburb.  (photo: DPA)