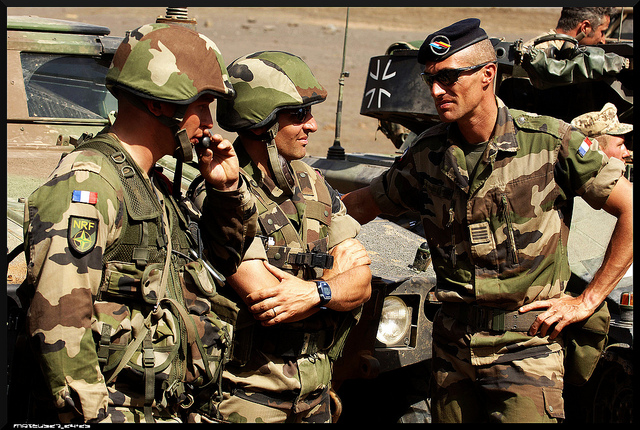 From Joseph Wood, the German Marshall Fund of the US:  In Brussels last week, [Secretary of Defense Robert] Gates credited the allies with increasing their troop levels in Afghanistan and performing capably there.   But he was starkly clear that the Alliance is in grave danger as Europe has consistently failed to invest sufficient resources in defense.  He noted that only five nations, including the United States, meet NATO’s goal of devoting 2% of national wealth to defense, with European defense spending down 15% in the last decade.  NATO is now the “two-tier alliance” – a tier of security providers and a tier of security consumers – that Atlanticists have always feared would destroy the sense of shared sacrifice essential to military partnership.  He added that some nations perform well despite low spending, citing Denmark and Norway in the Libyan air campaign.  But European nations on the whole do not even get the capability their low spending might be expected to achieve because the funds go to priorities that do not offer real military capability. . . .

Gates went on to note that NATO has always come together, worked things out, etc, etc.  He said the decline of the alliance was not inevitable.  But a car driving toward a cliff will not inevitably go off as long as action is taken to change course.  Americans of all political stripes  increasingly see no reason to believe that European nations will change course, resolve the two-tier alliance problem through more and smarter defense spending, and recreate a genuine defense partnership.  In the past, American leadership and European cooperation steered NATO away from the cliff.  This time, that combination is in real doubt.

The results would likely be a tendency toward closer cooperation among the United States and those allies willing to field real, deployable capability against contemporary threats, increasing tensions with those nations that do not contribute.  Germany’s stance on Libya was a foretaste of such an outcome.  More ominously, a two-tier and irrelevant NATO would spell the renationalization of defense, something NATO was established to avoid after the two devastating 20th century wars.  Ironically and sadly, such an outcome would come only after a “Europe whole, free, and at peace” has finally come so close to being a reality.  Secretary Gates, echoed by Secretary of State Hillary Clinton, says this need not be the end of NATO.  Are European political leaders able to avoid the cliff?  Gates, and many Americans, are not betting on it.

Joseph Wood is a Senior Transatlantic Fellow at the German Marshall Fund and Director of International Defense and Security Strategy at BAE Systems, Inc.  (Photo: MATEUS)