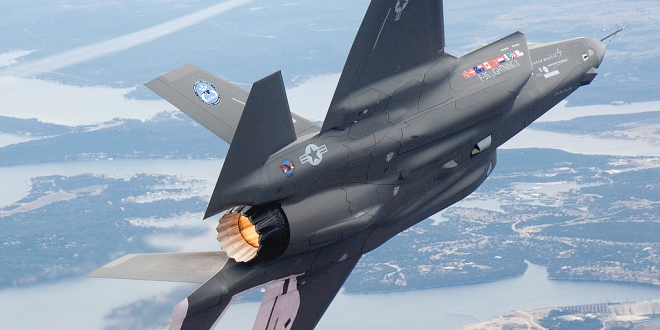 From Michael Den Tandt, Ottawa Citizen:  The F-35 jet fighter purchase, the most persistent thorn in the federal government’s side and the subject of a devastating auditor-general’s report last spring, is dead.

Faced with the imminent release of an audit by accountants KPMG that will push the total projected life-cycle costs of the aircraft above $30 billion, the operations committee of the federal Cabinet decided to scrap the controversial sole-source program and go back to the drawing board, a source familiar with the decision said.

This occurred after Chief of the Defence Staff Thomas Lawson, while en route overseas, was called back urgently to appear before the committee, the source said.

The decision is sure to have ripple effects around the world, as any reduction in the number of aircraft on order causes the price to go up for all the other buyers. Canada is one of nine F-35 consortium members, including the United States. . . .

Public Works Minister Rona Ambrose, who took on the F-35 file after Ferguson’s audit, has been signalling since last spring that she was unhappy with the procurement process. On Nov. 22 in the House of Commons, Ambrose said the government is committed to “a full evaluation of all choices, not simply a refresh.”

Lawson, in an appearance before the House of Commons defence committee Nov. 29, further opened the door when he confirmed what industry critics have long said: The F-35 is not the only modern fighter with measures to evade radar, though it is considered to be the most advanced in this respect. . . .

Boeing’s Super Hornet, Dassault’s Rafale, Saab’s Gripen, the Eurofighter Typhoon, and the F-35, are seen as the leading contenders in any new contest to replace the CF-18 fleet.

From CBC News:  The Conservative government says it has not made a decision on the F-35 as a replacement for Canada’s CF-18 fighter jets, but it now appears to concede that alternative fighter purchase options will be considered.

The Prime Minister’s Office denied a media report Thursday that the F-35 purchase was dead, calling the report "inaccurate on a number of fronts" and promising to update the House of Commons on its seven-point plan to replace the jets before the House rises for the Christmas break at the end of next week.

That plan is now expected to follow through with a real competition and statement of requirements, something that the initial process lacked. Depending on the result of the competition, Canada could follow through with the F-35 purchase, choose another aircraft instead, or buy different planes to suit different needs. A frequently mentioned alternative to the F-35 is the Boeing Super Hornet, a new version of the F-18.   (photo: Canada wire)