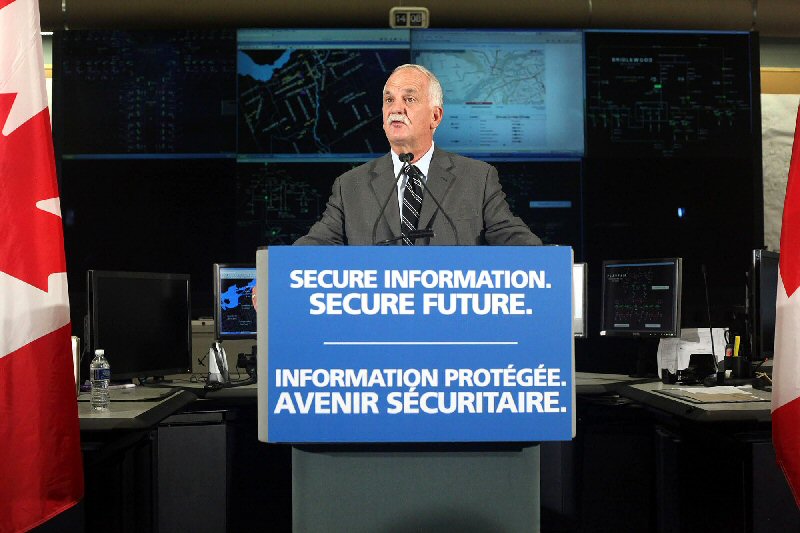 The minister, Stockwell Day, the president of the Treasury Board, told reporters that hackers had infiltrated computers in his department, which supervises the bureaucracy and government operations, as well as in the Department of Finance, which is responsible for the government’s budget and fiscal policy.

“Every indication we have at this point is that our sensors and our cyberprotection systems got the alerts out in time, that the information doors were slammed shut,” Mr. Day said.

He added that the attack, the latest in a series of confirmed assaults on government computer systems, was more directly focused than were previous strikes against Canada.

“It was a significant one — significant that they were going after financial records,” he said. …

According to the CBC and other Canadian news organizations, the attackers adopted the same approach as the one used by a China-based computer espionage ring that stole information from the Indian Defense Ministry. That gang was exposed last year by a team of researchers from the Munk School of Global Affairs at the University of Toronto.

The hackers used a technique that is sometimes known as “executive spear phishing.” First they took control of computers used by senior officials in the affected departments. Once inside, the hackers generated messages that appeared to be from those officials to the departments’ information technology section, which provided the hackers with passwords to various government computer systems. …

Ma Zhaoxu, a spokesman for China’s Foreign Ministry, rejected suggestions of a link to China, Reuters reported. “What you mentioned is purely fictitious and has an ulterior motive,” he said.  (photo: Marketwire)