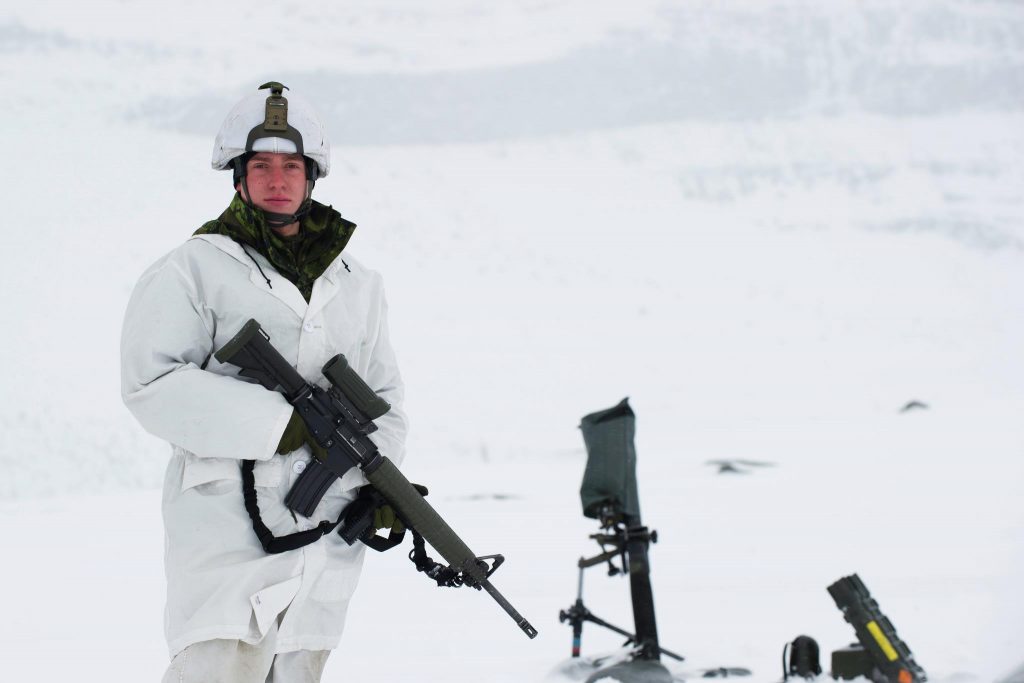 From the Canadian Press:  The administrative wing of Prime Minister Stephen Harper’s office worried about the optics of hundreds of Canadian troops taking part in a major NATO-sponsored Arctic war game in northern Norway earlier this year.

Conservatives have made rebuilding the military, more international involvement and a more muscular presence in the North key policy touchstones.

But senior federal officials told the army last fall they weren’t sure the country should participate Exercise Cold Response.

The Privy Council Office "indicated concern regarding participation to a war fighting (exercise) above the Arctic Circle as it could be misconstrued to contradict (Government of Canada) policy for the Arctic," said the Sept. 13, 2011, briefing note for the commander of the army.

The document was obtained by The Canadian Press under the access-to-information law.

It took the intervention of the assistant deputy minister of policy at National Defence to smooth the way for the army’s participation, reassuring senior government officials that were "no policy obstacles. . . ."

Roughly 800 soldiers from the 1st Battalion Royal Canadian Regiment, in Petawawa, Ont., eventually did take part in Exercise Cold Response last March. They formed one contingent in the overall exercise involving 16,000 troops from the U.S., Britain, France, Norway, the Netherlands and Sweden.

The exercise, which has been held regularly since 2006, coincided this year with the election — or re-election — of Vladimir Putin as Russian president.

Reaction from Moscow clearly indicated that the Kremlin saw the NATO-Swedish training as provocative, especially since it came on the heels of a Canadian sovereignty exercise in February known as ‘Arctic Ram.’  (photo: Canada’s Ministry of Defense)