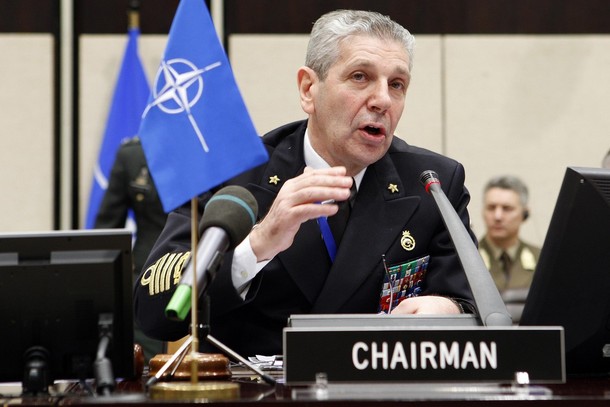 From Allied Command Operations:  Admiral Giampaolo Di Paola, the Chairman of the NATO Military Committee, concluded his official visit to Australia, upon invitation from the Australian Military Authorities.

Welcomed by Lieutenant General David Hurley, the Acting Chief of Defence, Admiral Di Paola first met with the Chiefs of Services and Senior Officials from the Department of Defence, discussing common strategic issues including Afghanistan and geopolitical developments in the Asia-Pacific region.

Later, he met with the representatives of Government Departments which have civilians deployed to Uruzgan Province working with the Afghan Government. He took the opportunity to praise the Australian contingent – the largest non-NATO contributor to ISAF Operations – for the highly valuable job they are performing in Afghanistan.

The Chairman also gave a lecture at the Australian National University in Canberra on the New Strategic Concept and the relationship with Global Partners.

At the center of discussion was the need for NATO to work together with strategic partners like Australia, given that Euro-Atlantic security is more and more interconnected to Euro-Asian and Asian-Pacific regions.

"In this new context”, said Di Paola, "because of the vulnerabilities created by globalization and the rapid pace at which it occurred, it is all the more essential for us to maintain global connectivity if we are to successfully tackle 21st Century challenges and trends. NATO is but one of the actors on the global security stage and needs to work in tandem with others.”  (photo: Reuters)