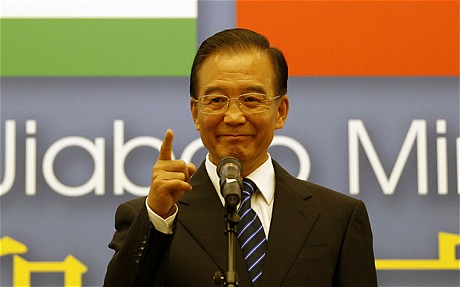 From Duncan Gardham, the Telegraph:  As Wen Jiabao, the Chinese Premier, sips tea with the Prime Minister at Downing Street on Monday, both men will already know that their countries are in a state of undeclared war. . . .

Jonathan Evans, the director general of MI5, has singled out China for their "unreconstructed attempts" to spy on Britain saying they "continue to devote considerable time and energy trying to steal our sensitive technology on civilian and military projects and trying to obtain political and economic intelligence at our expense."

MI5 believes that the Chinese government "represents one of the most significant espionage threats to the UK."