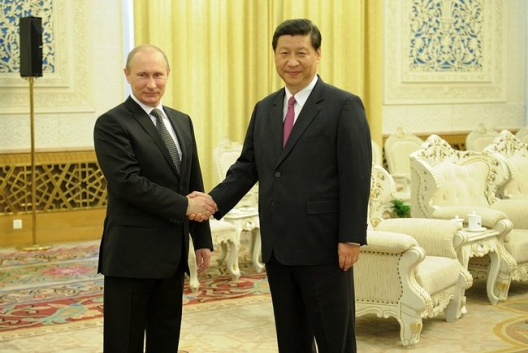 We in the United States may not believe that there is any real threat to our longtime alliance structures in Europe and Asia, but other people think those alliances are vulnerable and have set out to undermine them.

Sometimes these gestures are quite open. China’s recent, unilateral declaration of a new air defense zone in the East China Sea was a clear attempt to warn its neighbors that its navy is preparing to compete with the U.S. fleet. The Chinese naval ship that recently cut in front of a U.S. destroyer, forcing it to change course, sent a similar message. Neither of these incidents signals the start of a cold, hot or any other kind of war. But they do mean that China intends to chip away at the status quo, to undermine the faith of U.S. allies — Japan, South Korea, the Philippines — in American power and force them to think twice, at the very least, about their old economic, military and trade agreements.

Over the past year, Russia has been playing the same kind of games with NATO: no open threats, just hints. Last spring, the Russian air force staged a mock attack on Sweden, came perilously close to Swedish air space and buzzed Gotland Island. The Swedish air force failed to react — it was after midnight on Good Friday — though eventually two Danish planes scrambled to follow the Russian planes back across the Baltic. Russian officials have also made veiled (and not so veiled) threats to Finland, selectively boycotted industries in the Baltic states and dropped hints that Russia intends to put, or might already have put, longer-range missiles on its Western border — missiles designed to hit Germany.

I repeat: Russia does not intend to start a war. Russia, rather, intends in the short term to undermine regional confidence in NATO, in U.S. military guarantees, in West European solidarity. In the longer term, Russia wants Scandinavia, the Baltic states and eventually all of Europe to accept Russian policies in other spheres. . . .

We are intellectually, economically and militarily unprepared to contemplate Great Power conflict, let alone engage in the hard work of renewing alliances and sharpening strategy. But History is back, whether we want it to be or not. Happy New Year.