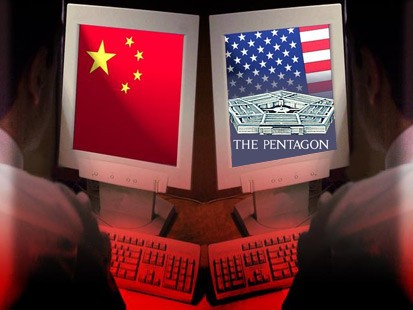 From the Editors of the Washington Post:  China is waging a quiet, mostly invisible but massive cyberwar against the United States, aimed at stealing its most sensitive military and economic secrets and obtaining the ability to sabotage vital infrastructure. This is, by now, relatively well known in Washington, but relatively little is being done about it, considering the enormous stakes involved. . . .

Predictably enough, the Chinese government aggressively denies any involvement in the attacks on U.S. agencies and companies — which makes it difficult for diplomats to pressure for a cease-fire. But an encouraging report in the Wall Street Journal this week said that U.S. intelligence agencies had managed to identify many of the Chinese groups, and even individuals, involved in the cyberoffensive, including a dozen cells connected to the People’s Liberation Army.

This should provide an opportunity for the Obama administration to more directly confront the problem. It should demand that Beijing shut down the military-backed groups; if it does not do so, they could be subjected to countermeasures, including sanctions against individuals. Congress could also consider legislation punishing companies connected to the Chinese military if the cyberwar does not cease. Yes, such responses have the potential to roil relations between Washington and Beijing. But the Chinese offensive — and the economic and national security threats it poses — is simply too important to ignore.  (photo: ABC News)