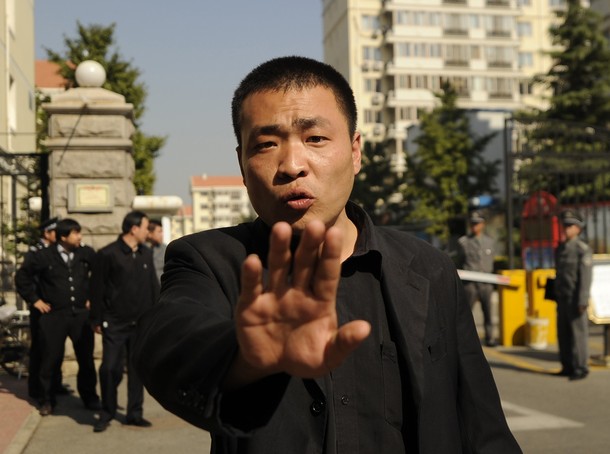 From Michael Wines, the New York Times:  China is pressing European governments to boycott the ceremony awarding the Nobel Peace Prize to the Chinese dissident Liu Xiaobo , warning that the award interferes in China’s internal affairs and that Mr. Liu is a criminal, Western diplomats said on Thursday.

Beijing also urged governments not to issue the statements of support and congratulation that are customary for Nobel laureates, they said.

The unusual request was delivered to European embassies in Oslo, the site of the award ceremony in December, in a written démarche, or diplomatic note, the highest level of communication between diplomatic outposts. …

Whether by Beijing’s design or otherwise, the Nobel award is emerging as an early test of China’s newfound diplomatic clout, the product of its emergence as a global economic power.

China is investing heavily in Europe, buying debt and assets depressed by the global financial crisis and becoming a significant partner for hard-hit nations like Spain and Greece. Britain is sending its largest-ever ministerial delegation, including Prime Minister David Cameron, to Beijing next week in search of business deals. President Hu Jintao of China visited France on Thursday, apparently to purchase 110 Airbus passenger jets for Chinese airlines.

Since the October announcement of the Nobel award, the United States and other governments have urged China to free Mr. Liu, while some governments, including some Western democracies, have pointedly limited their statements to congratulations without calling for his release.

Chinese officials have attacked the Nobel award committee, insisting that the award demeans the peace prize. China’s state-controlled media have published polls purporting to reflect ordinary Chinese citizens’ unhappiness with the award, and newspapers have defended China’s human rights record while assailing those of the United States and other nations.

Beijing also warned Norway before the prize was announced that naming Mr. Liu would strain diplomatic relations. In recent days, Chinese officials have also called foreign diplomats to meetings to deliver warnings similar to those in the diplomatic note, The Associated Press reported.  (photo: Getty)