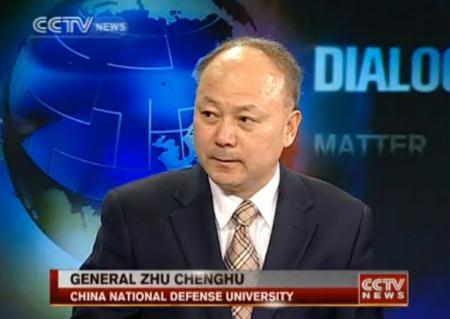 From Fredrik Dahl, Reuters:  China may need to modernize its nuclear arsenal to respond to the destabilizing effect of a planned U.S.-backed missile defense system, a senior Chinese military officer said on Wednesday.

"It undermines the strategic stability," said Major General Zhu Chenghu of China’s National Defense University about the U.S.-led development of a missile shield, which has also alarmed Russia. . . .

The United States is spending about $10 billion a year to develop, test and deploy missile defenses, which would include a European shield as part of a layered system.

The defenses would also include ship-based interceptors that could be deployed in the Middle East and Asia-Pacific – for instance as a hedge against North Korea – plus ground-based missile interceptors in silos in Alaska and California. . . .

Moscow says the interceptors that the United States and NATO are deploying will be able to destroy its own warheads in flight by about 2018, upsetting the post-Cold War balance of power.

The comments by Zhu – who stirred controversy in 2005 by suggesting China could use nuclear weapons if the United States intervened militarily in a conflict over Taiwan – indicated this is an argument that also resonates in China.

China "will have to modernize its nuclear arsenal" because the deployment of a missile defense system "may reduce the credibility of its nuclear deterrence," Zhu told the seminar. . . .

China closely guards information about its nuclear weapons. However, the U.S. Department of Defense has said that China has about 130-195 deployed nuclear-capable ballistic missiles.  (photo: CCTV News)