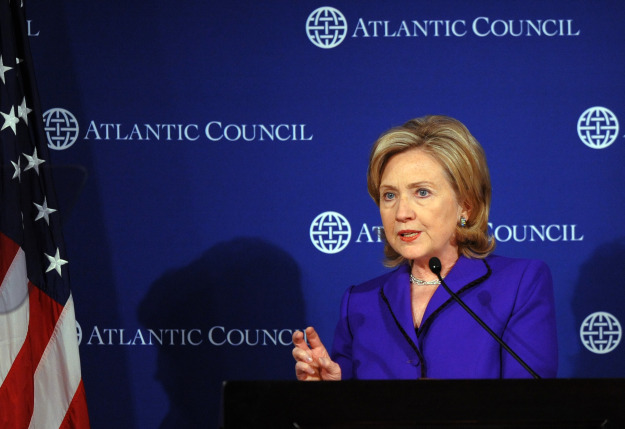 From the AP:  Secretary of State Hillary Rodham Clinton outlined the goals of the upcoming NATO Summit during a speech in Virginia on Tuesday, saying the alliance would focus on defining the next phase of transition in Afghanistan.

Clinton also spoke about NATO’s future in an era of fiscal challenges among its member countries and expanding NATO partnerships.

More than 50 heads of state will meet in Chicago on May 20-21 to discuss progress on ending the war in Afghanistan and future strategy. The United States hopes to have an agreement with Afghanistan in place outlining its future role in the country before the summit occurs. While in Chicago, Clinton said NATO would work to develop a milestone in 2013 when NATO forces would move from a predominantly combat role to a supportive role, only participating in combat when necessary.

Clinton said NATO also wants to make it clear to the Afghanistan government, its citizens and insurgents that NATO will not be abandoning the country.

“By the end of 2014, Afghans will be fully responsible. In Chicago, we will discuss the form that NATO’s enduring relationship with Afghanistan will then take,” Clinton told hundreds of people at a dinner at a Norfolk hotel.  (photo: Jewel Samad/AFP/Getty)