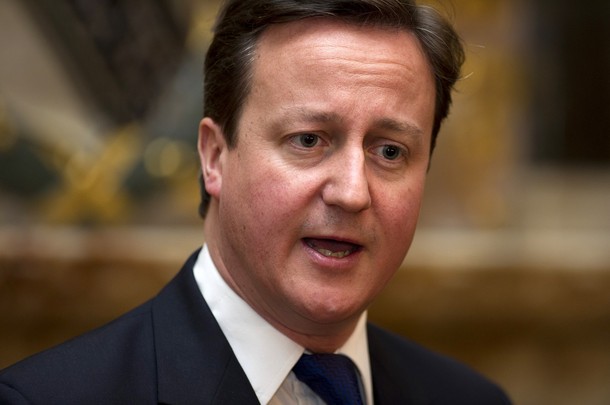 From the AP:  In a gentle rebuke to France, British Prime Minister David Cameron said in London on Saturday that withdrawals should be dependent on security conditions on the ground. Britain has said it’s keeping to plans to withdraw its 9,500 troops from Afghanistan by the end of 2014.

“The rate at which we can reduce our troops will depend on the transition to Afghan control in the different parts of Afghanistan, and that should be the same for all of the members of NATO,” Cameron said after meeting with Karzai.

Other nations facing extreme economic problems, such as Italy and Spain, are not planning early withdrawals.

“We are a responsible country. We are a big country that honors its commitments that it agrees to make,” said Minister Giampaolo Di Paola, defense minister in Italy, which this week signed a pact aimed at supporting Afghanistan after foreign forces withdraw in 2014. . . .

NATO spokeswoman Oana Lungescu underscored the coalition’s solidarity, saying that all nations agreed at a Lisbon summit in 2010 to complete the transition to Afghan-led security by the end of 2014.

“Transition is well on track to be completed by the end of 2014, as we all agreed,” she said. She said NATO nations would “take stock, shape the next stage of transition” at its summit in Chicago in May. . . .

Talk of an accelerated exit alarmed many Afghans, especially those who have cast their lot with the U.S.-backed government but have little confidence in their country’s own security forces. Some said France was reneging on its promises.

Afghan lawmaker Tahira Mujadedi, who represents Kapisa, said Afghan forces there aren’t ready to go it alone in fighting the Taliban insurgency, which is especially strong in several of the province’s districts. She warned that if NATO forces do pull back from Kapisa, it could also destabilize nearby Kabul.

From Guido Westerwell, Department of State:  Of course, we all feel sympathy with the families, with the victims, and we understand these discussions very well. You do, we do. But we should never forget why we are in Afghanistan. And Afghanistan may never become a safe haven for terrorists worldwide again, and this is the reason why we are there. We really are full of sympathy and we want to express our deepest condolences, but we think we have to continue because we have to protect our own security and our own freedom and way of life in the Western community.