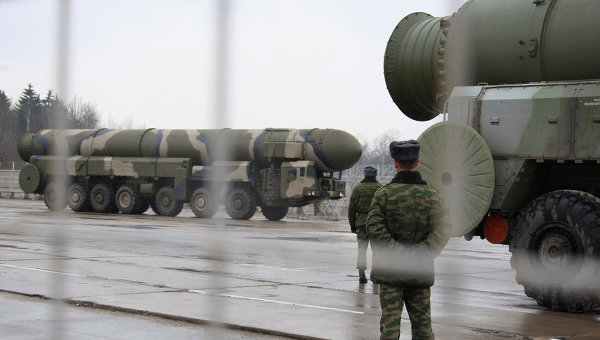 From RIA Novosti:  The Russian Strategic Missile Forces (SMF) are finalizing the modernization of automated security systems at nine of its major missile bases to counter the growing threat of potential terrorist attacks, an SMF spokesman said on Wednesday. . . .

In addition to the modernization of the existing automated systems, the SMF is tightening rules of engagement and training requirements for security personnel at the bases and around mobile missile launch sites.