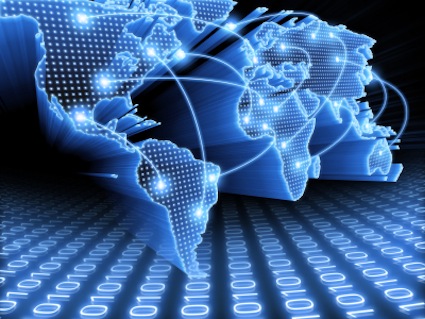 From the Editors of the New York Times:  [F]aced with rising intrusions against computers that run America’s military systems and its essential infrastructure — its power grid, for instance, and its telecommunications networks — the military here (and elsewhere) sees disruptive software as an essential new tool of war. According to a study by the Center for Strategic and International Studies, the 15 countries with the biggest military budgets are all investing in offensive cyber capabilities.

The latest step occurred last month when the United States sent out bids for technologies “to destroy, deny, degrade, disrupt, corrupt or usurp” an adversary’s attempt to use cyberspace for advantage. The Air Force asked for proposals to plan for and manage cyberwarfare, including the ability to launch superfast computer attacks and withstand retaliation.

The United States, China, Russia, Britain and Israel began developing basic cyberattack capabilities at least a decade ago and are still figuring out how to integrate them into their military operations. Experts say cyberweapons will be used before or during conflicts involving conventional weapons to infect an adversary’s network and disrupt a target, including shutting down military communications. The most prominent example is the Stuxnet virus deployed in 2010 by the United States and Israel to set back Iran’s nuclear program. Other cyberattacks occurred in 2007 against Syria and 1998 against Serbia.  (graphic: websigmas.com)