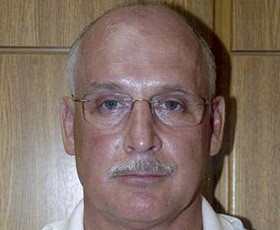 From the AP:  The justice minister in Cyprus says a confiscated laptop and other items belonging to an alleged Russian spy who vanished will be turned over to U.S. authorities.

Loucas Louca said on Tuesday that he will agree to a U.S. request for the laptop, 3 USB memory sticks and a digital camera belonging to 54-year-old Christopher Metsos. …

Metsos is wanted in the U.S. on charges that he supplied money to the spy ring, which operated under deep cover in American suburbs. He disappeared Jul. 1, a day after a Cypriot court freed him on bail.  (photo: Cyprus Police/AP/Canadian Press)