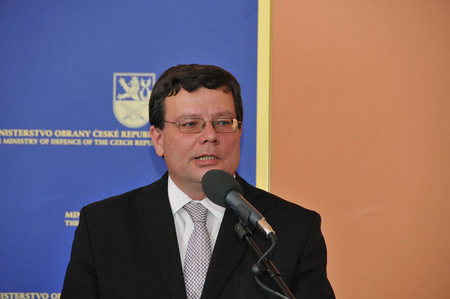 If the countries let foreign armament makers in their markets, the prices of military materiel would drop, Vondra said.

Abrial said in the situation in which defence budgets were seriously cut it was right to share the capabilities of NATO armies.

The multinational approach does not give any space to protectionism, Abrial said.

Vondra said the capabilities of individual countries should be combined as much as possible so that NATO and EU armies were equipped with modern technologies and their soldiers trained according to state-of-the-art standards.

"Although NATO members spend almost 900 billion dollars on defence in total, we do not have the necessary capacities, a sufficient number of trained professional soldiers and usable equipment on the level of the 21st century," Vondra said.  (photo: Czech Ministry of Defense)