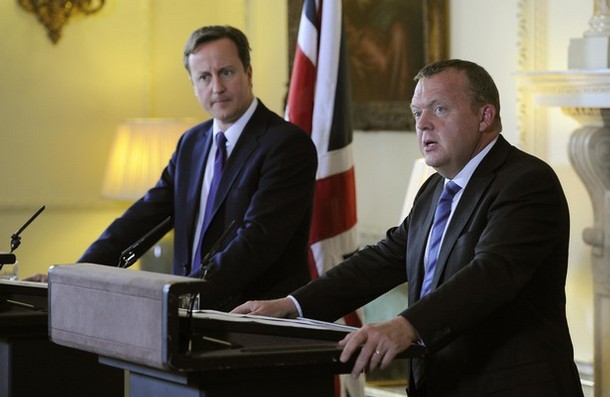 From Adrian Croft, Reuters:  Danish Prime Minister Lars Lokke Rasmussen said on Thursday he hoped Denmark could withdraw many of its 700 troops from Afghanistan by 2015, or even earlier.   "I also share the vision, or the wish, that we can withdraw the troops in the sense of not having large numbers (of combat) forces in Afghanistan in (20)14/15," Rasmussen told a joint news conference with British Prime Minister David Cameron.

"I even hope we could withdraw troops before that. This is not a promise, this is something I wish," he said, speaking in English. …

Cameron, who became British prime minister in May, repeated that Britain would not have large numbers of troops in Afghanistan by 2015.  (photo: Reuters)