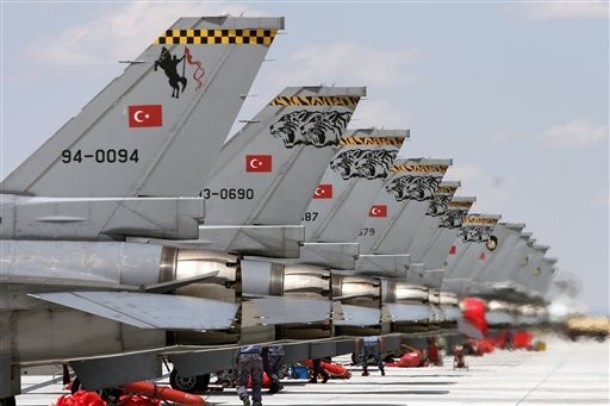 From Hurriyet Daily News:  “Our rivals are no longer the neighboring towns or provinces. The new competitors for the Turkish people are today those in Germany, France and the United States,” [Turkey’s Defense Minister İsmet] Yılmaz said during the opening ceremony of a school in the Central Anatolian province of Konya’s Ilgın district.

“During a recent visit to America, when asked about technology transfer to Turkey, [the officials] openly said that we were their rival. ‘Why should we transfer technology to you?’ they asked,” the minister said. Yılmaz’s remarks came only days after news reports that Turkey was still bargaining for the software of F-35 fighter jets that it has decided to acquire from the U.S.  (photo: AP)