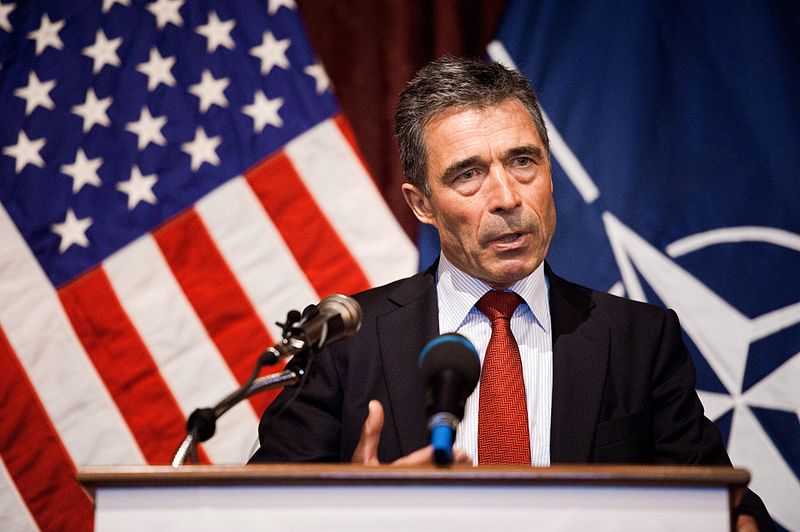 While the best way to increase U.S. support for NATO is to improve the military capabilities of the member states, NATO can also do a better job of demonstrating the value of what it already provides to the United States. Several concrete actions NATO could take to help make the case to the U.S. Congress, executive branch and current and future administrations include:

• Educate policymakers about successful NATO naval operations, particularly in counterpiracy. Few American leaders know about the two ongoing NATO maritime operations, or appreciate how much these operations advance U.S.
security interests. NATO ships have been patrolling the Mediterranean since shortly after 9/11 as part of Operation Active Endeavor, to deter terrorist activities and to protect shipping lanes through the Straits of Gibraltar.27 And since
2008, NATO has also been conducting a robust and successful counterpiracy mission in the Gulf of Aden and off the Horn of Africa called Operation Ocean Shield. NATO naval cooperation is robust and underappreciated, especially in counterpiracy, where some U.S. allies have better capabilities than the United States does (for example with maritime interdiction operations). NATO should work with Congress to sponsor trips for congressional delegations and other U.S. policymakers to see NATO operations in action. Instead of trips to NATO headquarters in Belgium, they should go to places like the Maritime Interdiction Operational Training Center near Souda Bay, Greece, to see counterpiracy training first-hand, or board a European ship participating in Active Endeavor. Such trips would demonstrate the ways in which ongoing NATO operations help advance U.S. security interests.

• Estimate costs if NATO were to disappear. NATO will always need substantial U.S. contributions, particularly in areas like intelligence, surveillance and reconnaissance. But the capabilities it does contribute save the United
States money and free up U.S. forces for other missions. Examples include the nearly 27,000 non-U.S. troops under NATO command in Afghanistan,29 the 5,000 troops under NATO command supporting the peacekeeping operation
in Kosovo (down from nearly 50,000 in 1999)30 and the maritime efforts described above. By rough order of magnitude, those forces combined are comparable in size to about half of the cuts to the U.S. Army thus far under
sequestration.

• Ensure officials explicitly recognize U.S. military operations executed under NATO auspices as such. NATO organizations and missions provide a wide variety of important multinational military efforts, almost all of which
involve the United States. NATO should be more prominently recognized when U.S. troops are operating within, or U.S. interests are supported by, NATO missions. DOD tends to include the NATO alliance as an afterthought in operations. Highlighting low-profile but important contributions from NATO partners can help make the case for the alliance more salient.

• Emphasize the value and legitimacy bestowed by NATO as a political body. NATO provides a forum where 28 democratic countries can debate the merits of possible military operations, and which operates under the principle of
unanimity – meaning that any one of those 28 countries can veto a NATO military operation. This stringent requirement bestows a significant degree of legitimacy on multilateral military action. In addition, NATO partners often choose
to join NATO military operations– and place their forces within the alliance’s unified command structure – which increases the political legitimacy of those operations. For example, the International Security Assistance Force in
Afghanistan has included troops from no fewer than 37, and as many as 50, countries. And Jordan, Morocco, Qatar and the United Arab Emirates participated in NATO operations in Libya, which provided additional regional legitimacy. Yet as valuable as this political legitimacy is, it means little unless the alliance has the military capabilities to effectively execute the operations it authorizes.

NATO remains the most enduring and successful multilateral alliance in U.S. history, which continues to connect a wide range of states that share common values, interests, legal frameworks and a commitment to common defense. NATO alone continues to provide the multinational interoperability, command structure and deployable capabilities that make it the partner of first resort for the United States. In short, the NATO alliance matters. And with some judicious policy and organizational shifts, NATO can endure and stay relevant in the 21st century.

Excerpt from “NATO Matters: Ensuring the Value of the Alliance for the United States.” Jacob Stokes is a Research Associate at the Center for a New American Security. Dr. Nora Bensahel is the Deputy Director of Studies and a Senior Fellow at CNAS.