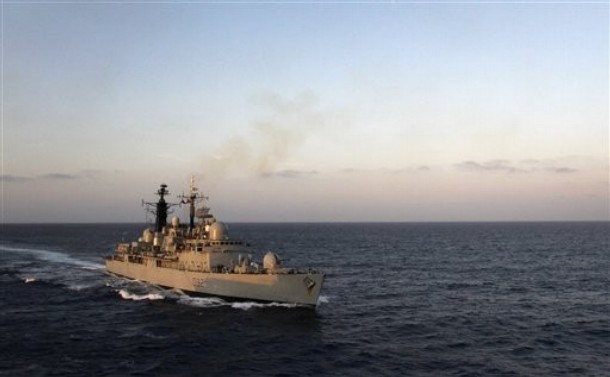 From Vivienne Walt, Time:  Did NATO pilots allow 62 Africans fleeing Libya to perish on the high seas because their mission did not include saving desperate migrants or because NATO’s tangled bureaucracy had failed? That’s the allegation roiling Europe after some of the handful of survivors, who drifted for weeks after a harrowing escape from Tripoli, told of having been spotted and then ignored by Western forces.

The survivors, whose story was broken in Britain’s Guardian newspaper on Sunday, told of a group of 72 Africans migrants — men, women and a few children, from Eritrea, Ethiopia, Sudan and Nigeria — drifting on the Mediterranean for 16 days in late March and early April, as they watched their stocks of water and cookies steadily dwindle. Those supplies had been dropped onto their boat, they said, by a helicopter marked "ARMY," after its Ghanaian captain had phoned a refugee organization in Rome to send help. The organization quickly alerted Italian military authorities.

The helicopter pilot signaled to the passengers that a rescue vessel was on its way, the survivors said. It never arrived.

Days later, survivors say, two helicopters lifted off from a nearby warship — believed by Guardian reporters to have been France’s Charles de Gaulle aircraft carrier — and flew low over the refugee boat. The passengers held up the two babies onboard, to show the pilots the desperation of their plight. The pilots flew away. . . .

Stung by the accusation of indifference, NATO and E.U. officials have been scrambling to distance themselves from any blame for the fate of the 62 dead migrants. NATO spokeswoman Carmen Romero told reporters in Brussels on Monday that "NATO vessels are fully aware of their responsibilities with regard to international maritime law on safety of lives at sea." French officials originally said the Charles de Gaulle had not been in the area, and then said they could not comment when the Guardian produced documents proving that the warship had been in that location.  (photo: AP)