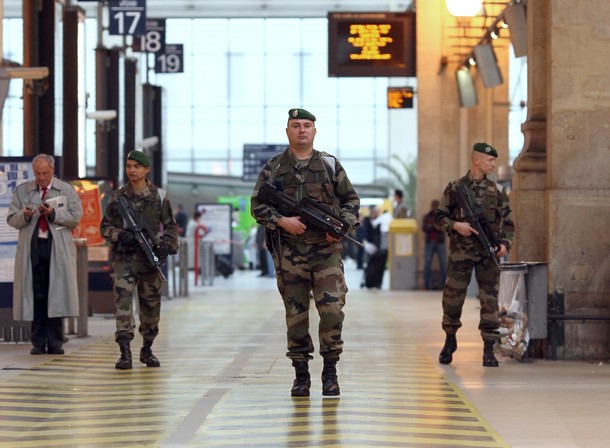 From Claudia Bernasconi, atlantic-community.org:  The September 11 attacks resulted in a large and unprecedented commitment from the Alliance, which rapidly readjusted to meet this new dramatic challenge: within a very small period of time terrorism reached the top of NATO’s agenda. Undoubtedly, significant progresses have been made in almost a decade of dedication – the Alliance has built up a remarkable structural and strategic partnership schemes to fight terrorism, and positive achievements have been made. The question is: Is a hard-power alliance such NATO, created to face state-based military threats, suited for the fight against terrorism? …

In almost a decade of fighting terrorism, the Alliance has shown its role here is highly limited and that it will not become a primary means of combating international terrorism. That said, its support for the campaign against terrorism is certainly of crucial importance, especially in providing a framework of coordination, granting a forum of discussion and offering a platform in which strategic information can be shared. Taking into consideration the financial constraints the Alliance is experiencing, NATO’s primary goal should be capitalizing on existing assets and better utilizing the established network of partnerships, particularly the MD (Mediterranean Dialogue) and ICI (Istanbul Cooperation Initiative). Efforts should certainly be undertaken to improve the intelligence-sharing process and deepen the cooperation, especially in the Arab region, where NATO shares a number of security interests and threats. In pursuing the requisite comprehensive approach, the Alliance should concentrate primarily on the military aspect of counter-terrorism. All other issues related to law enforcement, immigration, financial control, et cetera – major issues in the fight against terrorism – are well beyond NATO’s area of competency and should be handled outside the Alliance.

Claudia Bernasconi holds a Master Degree in International Relations from the University of Roma Tre and completed an Internship at the Research Division of the NATO Defense College.   (photo: Getty)