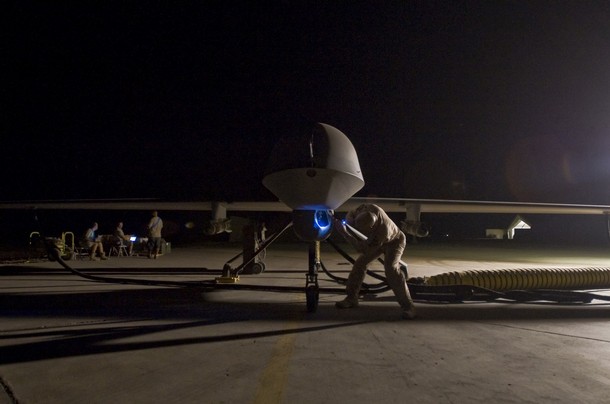 They said the missiles were fired at a militant hideout. Most of the militants killed were members of the Afghan Taliban. Four women and three children were among the dead, said the officials.

"The missiles hit a militant compound and a house adjacent to it. We have confirmed reports of 20 dead," said one of the intelligence officials.

Another official said members of the al Qaeda-linked Haqqani network — one of the most effective militant forces fighting Western troops in Afghanistan — had been using the compound.

The United States has been pressing ally Pakistan to crack down hard on Afghan Taliban militants who cross the border to Afghanistan to attack U.S.-led NATO forces.

U.S. officials say the drones are a highly effective weapon against militant groups. But civilian casualties in the strikes have angered Pakistanis. (Photo: Reuters)