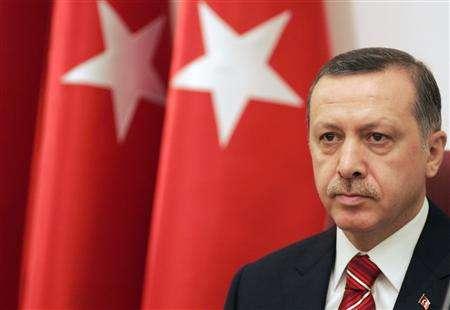 From Hurriyet Daily News:  Turkey warned Syria today not to repeat border violations, implying that it could use force to protect its border and call on NATO to respond to a potential Syrian attack.

“We have strong armed forces. We will carefully continue to take steps to this end. But Syria must be aware of the fact that in the event of a repetition of these border violations, Turkey’s stance will not be the same,” Prime Minister Recep Tayyip Erdoğan said in an interview with Al-Jazeera, Anatolia news agency reported.

“In the event of the continuation of border violations, we will take necessary steps as a NATO country.

When we take this step, Article 5 of NATO, which counts an attack on a member country as one made against all the alliance, will be activated. I hope things will not go to that point,” he said.  (photo: Umit Bektas/Reuters)