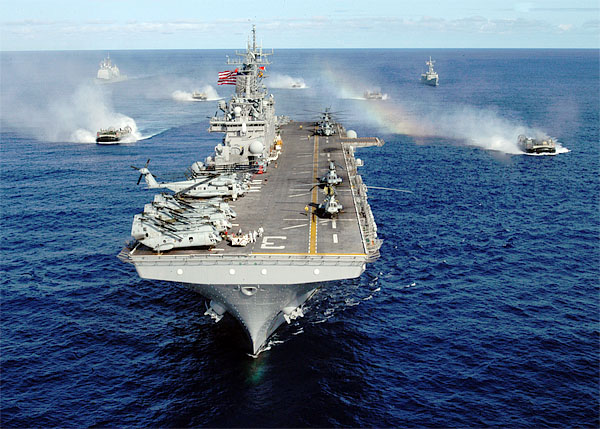 From the Editors of the New York Times:  On Monday, the United States said it was moving military ships and planes closer to the Libyan coast, without specifying what they might do. Secretary of State Hillary Rodham Clinton said Washington was making contacts with the rebels to “offer any kind of assistance” — another carefully vague threat. Both are apparently intended to get Libyan military leaders to rethink their allegiance to the regime. We hope it does, but the United States must not intervene militarily in what increasingly looks like a civil war.

There are things the Pentagon can do short of that, including blocking Libyan military communications. If this goes on much longer, NATO or the United States and certain allies can impose a no-flight zone to ground Libyan warplanes and helicopters.

We were disappointed to hear Prime Minister Recep Tayyip Erdogan of Turkey — the Muslim world’s leading democracy — denounce “any sanctions or interference that would mean the punishment of the Libyan people.” If Libya’s people are willing to put their lives on the line, all democracies should stand with them.

From the Note:  ABC News has learned that the amphibious ship USS Kearsarge in the Red Sea is expected  to transit soon through the Suez Canal into the Mediterranean, putting it closer to Libya, put more options on the table for President Obama

U.S. officials said the repositioning of the Navy ship puts it in position for a potential "show of force" to the Ghadafi regime.   (photo: modernsurvivalblog.com)