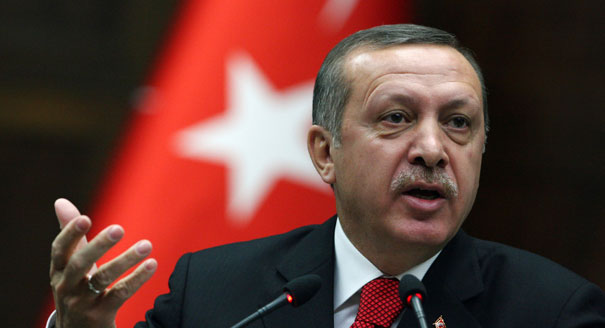 From Orhan Coskun, Reuters:  The European Union will lose Turkey if it doesn’t grant it membership by 2023, Turkish Prime Minister Tayyip Erdogan said on Tuesday.

It was the first time Erdogan has given an indication of how long Ankara might continue down the path towards EU entry, and his comments came at a time of growing alienation between Turkey and a political entity it feels has cold-shouldered it.

Turkey’s bid to join the EU, officially launched in 2005, has virtually ground to a halt in recent years due to opposition from core EU members and the failure to find a solution to the dispute over the divided island of Cyprus.

Asked during a panel discussion in Berlin on Tuesday night if Turkey would be an EU member by 2023, Erdogan answered, "they probably won’t string us along that long. But if they do string us along until then the European Union will lose out, and at the very least they will lose Turkey. . . ."

Turkey has completed only one of 35 policy "chapters" every accession candidate must conclude. All but 13 policy chapters in Ankara’s negotiations are blocked and the European Commission, the EU’s executive arm, says Turkey does not yet meet required standards on human rights and freedom of speech.  (photo: AP)