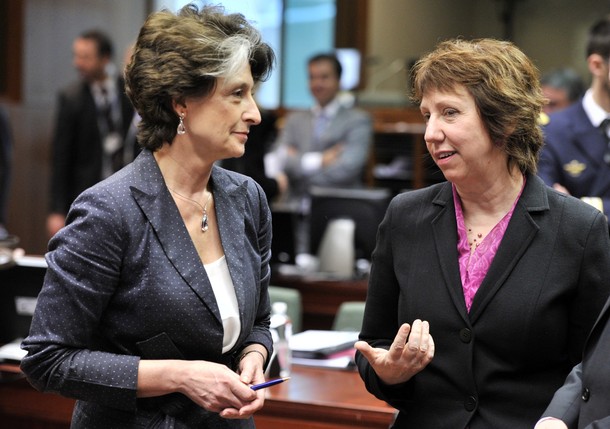 Claude-France Arnould, who heads the EU’s European Defense Agency, said that in addition to approving the joint field hospitals and the air-to-air refueling initiative – which aims at increasing strategic tanker capacity and achieving greater cost-effectiveness by 2020 – ministers considered other ways to promote savings. . . .

"A major impulse has been given," Arnould said, adding that the ministers had agreed on the need to develop a defense capability collectively.

The EU’s 27 governments still spend about (EURO)200 billion ($265 billion) on defense annually – only the United States spends more. But the fragmentation of military commands and defense industries has made it almost impossible to achieve economies of scale in purchasing military equipment.

Military spending, which has already shrunk 15 percent in the past decade, is set to plunge further as part of the austerity measures implemented by many European governments to cope with the continent’s debt crisis.

"Pooling and sharing means to generate more defense for the same money." Arnould said. "The clock is clearly ticking, we cannot loose this momentum. . . ."

Arnould said the EU has been cooperating closely with NATO on plans to maintain military capabilities, despite the cuts in defense spending. The military alliance, whose headquarters are located just a few miles (kilometers) from the EU, has a similar program, known as Smart Defense.

In some cases, such as air-to-air refueling, member nations prefer to work through the EU. But in others, such as sharing maritime patrol aircraft, it is done through NATO, she said.  (photo: Getty)