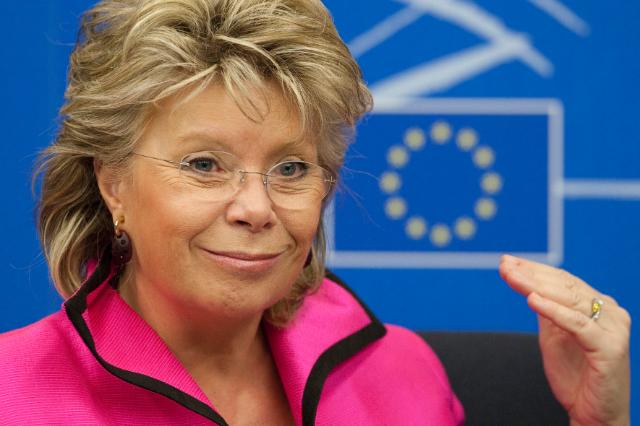 From NATO Parliamentary Assembly:  The European Union’s top justice official invited NATO on Saturday to work more closely with the EU to combat cyber-crime and create a safe Internet environment where citizen’s rights and personal data are protected.

Justice Commissioner Viviane Reding told members of the NATO Parliamentary Assembly that the EU is striving to establish the safest online area in the world and that the military Alliance has important technologies and know-how that would help bolster Internet security.

“The EU is open to work with all partners, and to team up with those that share its vision of a free and open Internet”, Reding said during the NATO PA Spring Session in Luxembourg, where some 250 parliamentarians are in attendance. “NATO should be one of those partners.”

“A modern set of data protection rules and greater cyber-security resilience will contribute to more people using more online services which directly translates into growth for the companies” she told the NATO Parliamentary Assembly’s Committee on the Civil Dimension of Security.

Cyber-attacks have increased exponentially in recent years. Europol puts the annual value of the global cybercriminal economy at one trillion US dollars. But Reding said co-operation between the European Union and NATO had not kept up with the rise in crime. “If we don’t work together, we lose together. It’s as simple as that,” she warned.

The EU has introduced rules to protect the personal data of citizens and to create a true digital single market. The proposed Network Information Security Directive obliges the 27 EU member states to improve their levels of preparedness, for instance by creating emergency response teams to deal with attacks online. But the measures have no impact in the defence domain, which remains exclusively under the control of nations and over which the EU cannot legislate.  (photo: European Union)