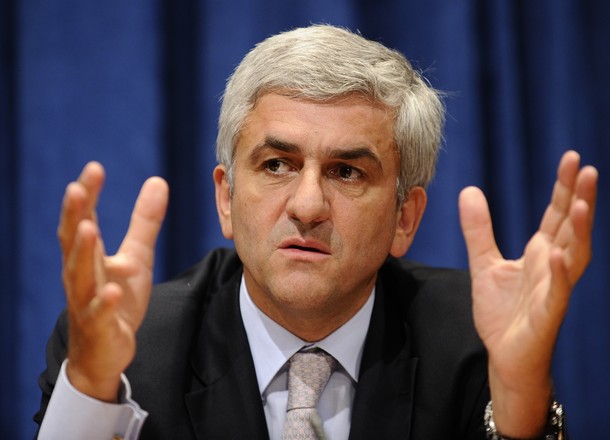 From Laurent Thomet, AFP:  Europe decided Friday to explore how to strengthen military cooperation as France warned that drastic defence budget cuts would leave the continent under Sino-American domination.

French Defence Minister Herve Morin said he had told his European Union counterparts at a meeting in Ghent, Belgium, that plans to step up European military cooperation would falter without proper budgets.

"Most European states have given up on a simple ambition, which is that Europeans obtain a military tool allowing them to weigh on world affairs," he told reporters on the sidelines of a two-day meeting of EU defence chiefs.

"At the pace we’re going, Europe is progressively becoming a protectorate, and in 50 years we will become a game in a balacing act between new powers in which we will be under a Sino-American dominion," he said.

Morin warned that "every country in the world is rearming" while European states that already had weak military budgets before the economic crisis were proceeding with new cuts.

"Do Europeans want to be actors on the international stage or do they want to be the actors in a play they are not writing?" he said.  (photo: Getty) (via Global Europe)