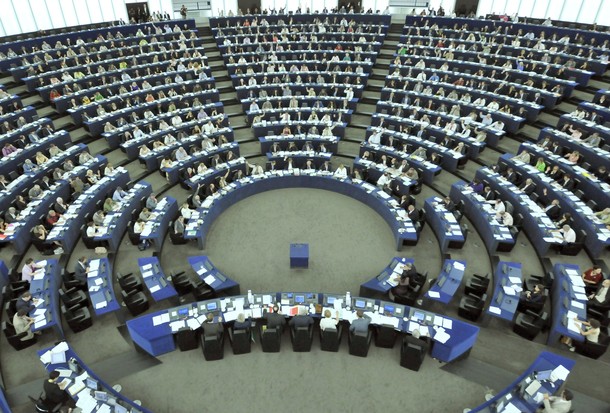 From Andrew Rettman, the EUobserver:  Foreign relations chief Catherine Ashton will turn her attention to choosing the top officials and the main building for the European External Action Service (EEAS) after the EU Parliament approved the legal blueprint for the new body. …

The EEAS today boils down to Ms Ashton and a team of 30-or-so officials in one corridor on the 12th floor of the European Commission building in the EU capital, struggling to work with experts in the commission’s Charlemagne building next door, the EU Council building across the road and dozens of other bureaus.

From 1 December, she will take command of some 1,500 officials housed under one roof in the heart of the EU quarter in Brussels, as well as 800 EU diplomats in the EEAS’ 136 foreign embassies.

Ms Ashton herself will concentrate on shuttle diplomacy and conflict resolution, supported on one side by seven-or-so EU Special Representatives and on the other by an in-house "crisis response centre" of up to 160 security analysts.

A powerful secretary general or "CEO" will run the day-to-day EEAS administration. Two deputy secretary generals, a "COO" in charge of budgets and personnel, and five or six senior directors general will form the rest of the management. …

In a delicate balance of power between the EU institutions, member states will still take EU foreign policy decisions by unanimity in the EU Council, but Ms Ashton will have control overseas crisis missions, even if they are paid for out of national budgets.

The commission will retain command of its €6 billion a year development aid budget. The aid, development, energy and enlargement commissioners will take the lead in decision-making in their portfolios.

MEPs will have the right to say Yes or No to the EEAS annual budget, to informally vet appointments for prominent foreign embassies and to have access to some EEAS classified documents.  (photo: Getty)