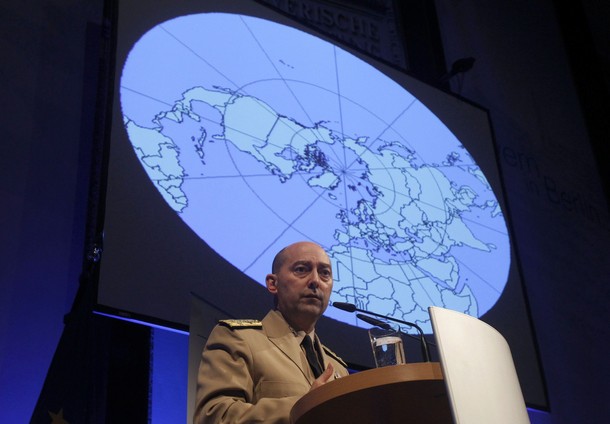 From John Vandiver, Stars and Stripes:  While reducing the U.S. troop presence in Europe will mean assuming some additional risks, new measures such as a decision to deploy V-22s to Europe will help the military maintain its ability to respond quickly to a crisis in the region, the head of U.S. European Command told a congressional committee Wednesday.

Stavridis said the loss of two Air Force air control squadrons in Europe will be offset by the deployment of V-22 Osprey to Europe. Stavridis stopped short of saying how many of the tilt-rotor aircraft would be sent or where the aircraft would be located.

Stavridis said the drawdown of 11,500 troops in Europe, most coming from the loss of two Army brigades, will be mitigated by rotating troops through Europe from a “dedicated brigade in the United States.”  (photo: Reuters)