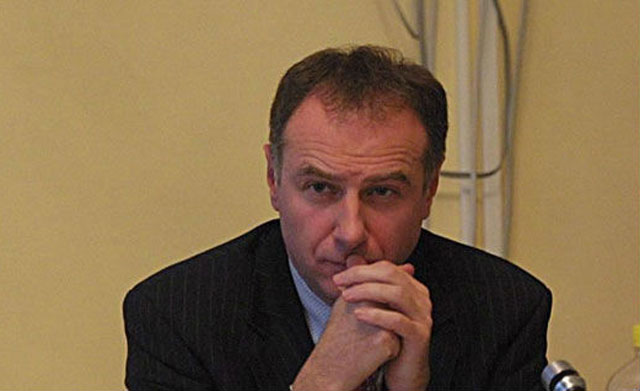 From NATO:  The Euro-Atlantic Partnership Council ambassadorial meeting observed a minute of silence in memory of the Serbian Ambassador Branislav Milinkovic on December 11. Ambassador Milinkovic passed away last week.

Opening the meeting of the Euro-Atlantic Partnership Council (EAPC), the Secretary General Anders Fogh Rasmussen said, “We are deeply saddened by the tragic death of the Serbian Ambassador Branislav Milinkovic. Ambassador Milinkovic was a highly respected representative of his country. He earned our respect and admiration as an excellent diplomat, with a warm personality and great integrity. He opened Serbia’s Mission to NATO. He worked relentlessly to deepen relations between his country and the Alliance. And he actively contributed to making the EAPC stronger. He will be missed here at the NATO Headquarters, but he will be remembered. He will remain in our hearts.”

On behalf of Allies and partners, the NATO Secretary General Anders Fogh Rasmussen conveyed his deepest condolences to the family and loved ones of the late Ambassador Milinkovic, as well as to the Serbian Mission to NATO. As Acting Dean of the EAPC, Ambassador Veronika Wand-Danielsson of Sweden also paid tribute to Ambassador Milinkovic, whom she described as a “highly respected colleague, a skilled and professional diplomat” who enhanced Serbia’s standing and was a strong supporter of the EAPC.

All EAPC ambassadors signed a tribute to Ambassador Milinkovic as an “exceptional diplomat, colleague and friend.” The Deputy Head of the Serbian Mission Kristina Milosavljevic thanked them on behalf of the Mission. Ambassador Huseyin Dirioz, the Assistant Secretary General for Defence Policy and Planning, attended Ambassador Milinkovic’s funeral in Belgrade last week on behalf of the Secretary General, along with other representatives of Allied countries.