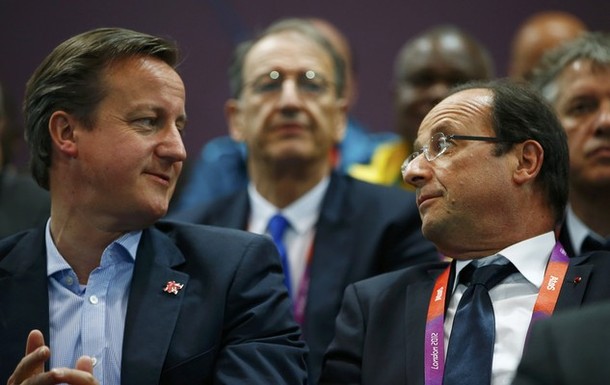 From Julian Lindley-French, the New Atlanticist:  [T]he London-Paris axis is Europe’s only true strategic defense relationship and thus critical to the future defense of Europe. As Europe heads inexorably towards the coming Euro mega-crisis cross-channel defense relations will become more not less important and must be preserved at all costs. The political realism inherent to the relationship acts as strategic insurance against the woolly ideology of ‘Europe’ that has fathered the current disaster.

Therefore, the French-inspired decision to open up the 2010 Franco-British Defense and Security Co-operation Treaty to others appears all the more strange and could well mark the beginning of the end of this vital pact. Defense Minister Jean-Yves Le Drian said France was not prepared to have a defense relationship with Britain that was separate from other European allies. Strangely, Philip Hammond his British counterpart, went along with this. The defense relationship is now at the mercy of Eurozone chaos. The timing could not have been worse. . . .

The simple fact is that Britain and France are different and neither can afford any more of the strategic political correctness that has done so much to denude Europe of a sound defence. Britain and France together represent almost 50% of European defense expenditure. They are Europe’s only two nuclear powers (excluding Russia). They have by far Europe’s most experienced and capable militaries and best strategic thinkers.

The British will now move further towards an American-led defence Anglosphere, whilst the Eurozone and European defence will slowly become one and the same pulling each other into the abyss. The British will never join the Euro and for that reason the defense of Europe must be kept separate from it. Indeed, the timing of this move makes it even less likely that London will focus real political energy on CSDP.

Therefore, London and Paris need to pause and for once think together and think strategically. With the French about to draft a new White Book on defence (Livre Blanc) and the British moving towards the 2015 Strategic Security and Defense Review the Franco-British defense relationship must be seen by both for what it is; the most strategically-dynamic of its kind in Europe that given time can emerge as the central pillar of Europe’s future defense. Then and only then should the relationship be opened up to others.

Julian Lindley-French is Eisenhower Professor of Defence Strategy at the Netherlands Defence Academy, Fellow of Respublica in London, Associate Fellow of the Austrian Institute for European and Security Studies and a member of the Strategic Advisory Group of the Atlantic Council. He is also a member of the Academic Advisory Board of the NATO Defence College in Rome. This essay first appeared on his personal blog, Lindley-French’s Blog Blast.  (Photo Credit: Getty)