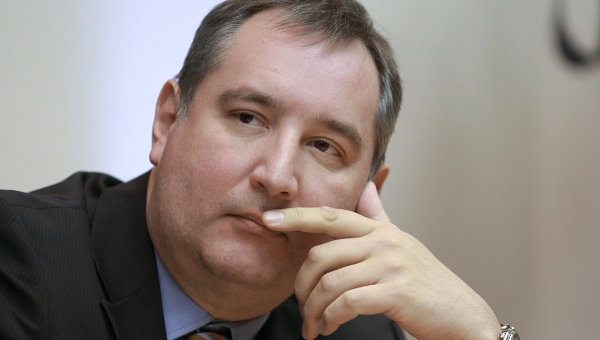 From RIA Novosti:  The missile defense system in Europe can be created either with Russia’s participation or against the country, Russia’s envoy to NATO Dmitry Rogozin said on Thursday.

"Missile defense in Europe can only be created with Russia, or directed against Russia," Rogozin said at a press conference in Moscow, adding: "There is no third option."

He said Russia does not see any missile threats in northern Europe, so the defense systems should not be deployed there. Rogozin added that in any other scenario, Russia would have to develop its missile systems.

"If we see that our partners are increasing their defensive capabilities, we cannot idly sit by," Rogozin said.  (photo: Mikhail Fomichev/RIA Novosti)