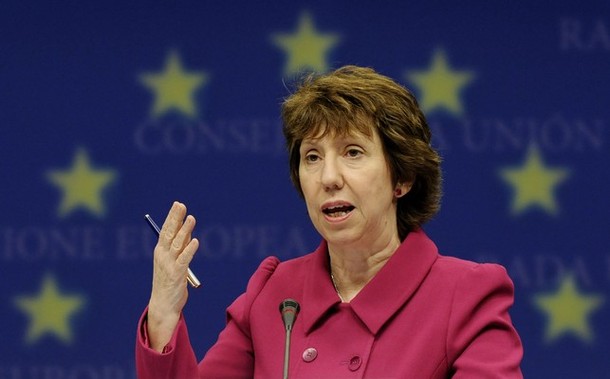 From Catherine Ashton, Interenational Herald Tribune:  There is a time to speak and a time to listen. After visiting Egypt and Tunisia over the past 10 days, I am convinced that the best thing we can do is to listen. What matters now is what the people of Egypt are saying, and what kind of reforms the people of Tunisia are seeking.

In the era of instant communication, the temptation is always to respond instantly: to speak too much and to listen too little. I went to Tunis where I met groups that had never been allowed to be in the same room before; and to Cairo where I met the young people who had been in Tahrir Square.

My aim was to listen and this is what I heard: “This is our country and our revolution. We want real change — and for the system to recognize the significance of the change.” Also: “This is the beginning. We need to take time to get the transition right.” And: “We want help. To ensure we get the first real election of a ruler, but more than that, to get genuine democracy — not just on the day we cast our ballots, but the weeks and months after that too.” “We want jobs, economic opportunities and social justice. Only then can we be really free.”

Listening, of course, does not exclude the need to quickly help countries start their journey to democracy. The E.U. will support the transitions now underway — such as bringing back tourism and providing extra money for quick-impact projects — roads, schools, energy — so that people feel change is real. …

Indeed, in the case of Libya, the Qaddafi regime was brought in from the cold when, among other things, it abandoned its quest for weapons of mass destruction. Might Qaddafi have been brought down years ago had we not offered him the carrot of trade and investment in return for these concessions? Perhaps. But I am not convinced the world would now be safer or the people of Libya better off had the West refused to negotiate with Qaddafi. And we must calibrate our stance when circumstances change. Hence, his outrageous behavior in the past few days demands we send him back into the cold.

There is a further point. Were the European Union to isolate every government that fails to live up to the principles of liberal democracy, we would face accusations of political imperialism. It is better to proclaim the principles of democracy, but deal with the world as it is.