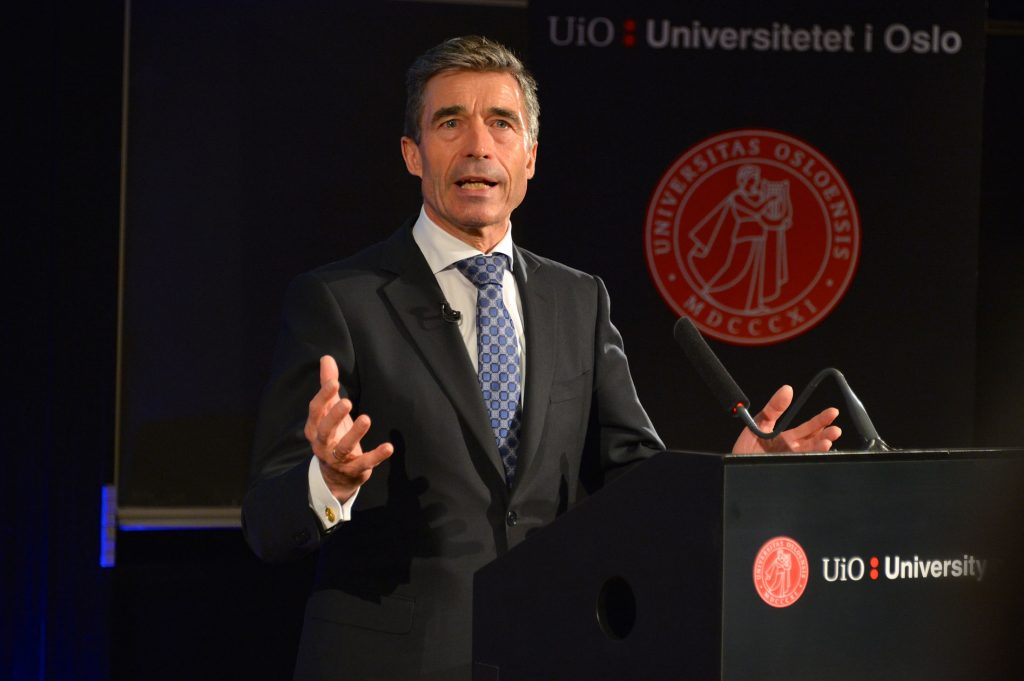 The head of Nato has warned that failure to launch military reprisals against Syria will be taken as a sign of Western “weakness”, as Barack Obama struggles to get congressional support for action.

Anders Fogh Rasmussen said he believed direct strikes against Bashar Assad’s regime were the only way to prevent him – and potentially other rogue states – using chemical weapons again. . . .

In an interview with the Press Association, Mr Rasmussen played down the prospect of any Nato involvement in atttacks.

“Nato already plays its part as a forum for consultation among allies, but also in defence of Turkey. We have deployed Patriot missiles to ensure effective defence and protection of Turkey,” he said.

“And of course we keep the situation in Syria under review.”

Asked if members had no appetite for intervention in the wake of Iraq and Afghanistan, Mr Rasmussen said: “I think there is a very strong political support for action. Allies have consulted and I think there is consensus that we need a firm reply to what we have seen in Syria. The use of chemical weapons is completely unacceptable.

But he insisted: “Personally it is my firm view that it should be a military response. The aim of that should be to ensure that such attacks with chemical weapons will not happen again.

Mr Rasmussen said he was convinced Assad would use chemical weapons again if there were no reprisals. . . .

“Not to act is to act. Not to act would send a very dangerous message, not only to the regime in Damascus but to dictators all over the world that they can use chemical weapons, and maybe other weapons of mass destruction, without any consequences. . . .

He went on: “The consequences of no action would be serious. Non-action would send the wrong signal and there is a clear risk that it would be interpreted as weakness.”