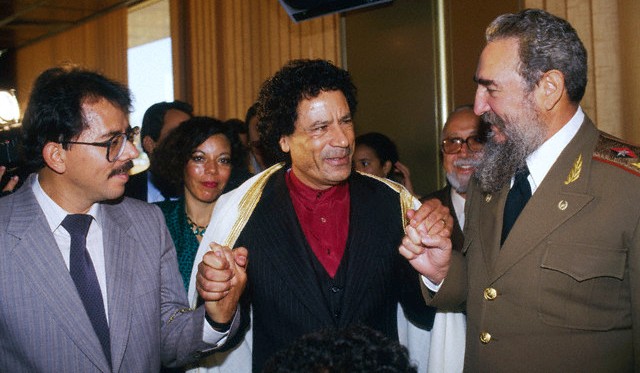 From Andrea Rodriguez, the AP:  Cuba’s former leader Fidel Castro said Tuesday that unrest in Libya may be a pretext for a NATO invasion. …

European governments and U.S. leaders have denounced the crackdown, but Castro used a column published Tuesday by Cuban state news media to say it was too early to criticize [Libyan leader Moammar] Gadhafi.

"You can agree or not with Gadhafi," Castro said. "The world has been invaded by all sorts of news … We have to wait the necessary time to know with rigor how much is fact or lie."

But he did urge protests of something says is planned: A U.S.-led invasion of the North African nation aimed at controlling its oil.

"The government of the United States is not concerned at all about peace in Libya and it will not hesitate to give NATO the order to invade that rich country, perhaps in a question of hours or very short days," Castro wrote.

"An honest person will always be against any injustice committed against any people in the world," Castro said. "And the worst of those at this instant would be to keep silent before the crime that NATO is preparing to commit against the Libyan people."  (photo: cubanexilequarter.blogspot.com)